HOLLYWOOD, Fla., July 16, 2019 /PRNewswire/ — 24-Karat magic is in the air at Hard Rock Cafe! Hard Rock Cafe recently launched the most extensive menu innovation in the history of the brand in locations around the world, with the headliner of this impressive set being the world’s first 24-Karat Gold Leaf Steak Burger™. Through the Hard Rock Heals Foundation, a portion of all proceeds from the 24-Karat Gold Leaf Steak Burger™ will benefit the international hunger charity, Action Against Hunger. 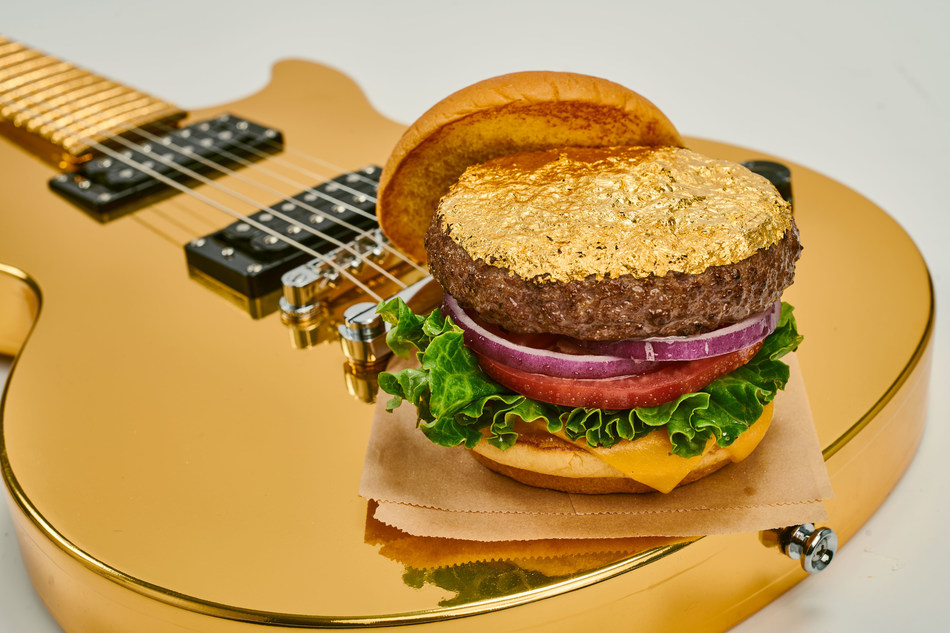 “Hard Rock Cafe was founded with the mottos ‘All is One,’ ‘Love All – Serve All,’ ‘Take Time to Be Kind,’ and ‘Save the Planet’, mottos that we live as a brand every day,” said Stephen K. Judge, President of Cafe Operations. “Our partnership with Action Against Hunger, and support of their work to treat malnourished children, honors our commitment to giving back and making the world a better place.”

For 40 years, Action Against Hunger has led the global movement aiming to end life-threatening hunger for good. The organization’s global efforts save hundreds of thousands of lives each year, while enabling families to provide for themselves and for whole communities to prosper.

“Action Against Hunger is thrilled to launch our partnership with Hard Rock Cafe, a company that is truly committed to making life better for people across the globe,” said Kim Pucci, Director of External Relations for Action Against Hunger. “With the support of Hard Rock and its customers, we will be able to save the lives of even more children struggling with hunger.”

The iconic restaurant’s new menu puts the spotlight on its lineup of all-new, award-winning Steak Burgers, created with a proprietary beef blend in partnership with Pat LaFrieda Meat Purveyors to produce the most flavorful burger possible. The brand’s signature Steak Burger has already collected awards, including accolades such as “Fan Favorite” at the 2019 Riverwalk Fort Lauderdale Burger Battle, “Best Burger” in the 2019 Porthole Cruise Editor-in-Chief Awards, “Ultimate Winner/Best in Miami” at the 2018 Miami Times Burgerfest and “Best Burger” at both the 28th Annual Harley Davidson® European H.O.G.® Rally and Harley Davidson’s Prague Harley Days® 2019. Additional new offerings include Instagram-worthy Boozy Milkshakes, Sliders and Shareables that encourage adventure and exploration, allowing fans to curate their most flavorful playlist.

About Action Against Hunger
Action Against Hunger is the world’s hunger specialist and leader in a global movement that aims to end life-threatening hunger for good within our lifetimes. For 40 years, the humanitarian and development organization has been on the front lines, treating and preventing hunger. It serves more than 20 million people annually across nearly 50 countries and earned a 4-star Charity Navigator rating for its 13th consecutive year. Learn more about Action Against Hunger at www.actionagainsthunger.org.