Hard Rock Hotels to Open to the Beat of Barcelona

Hard Rock International continues growing its European hotel portfolio, announcing the development of Hard Rock Hotel Barcelona. The brand is set to bring its signature musical flair to the shores of Barcelona in a €200 million new hotel to be developed on the last available seaside plot in metropolitan Barcelona. Construction of the 504-room hotel will begin in late 2019, set to open on the shores of Barcelona in early 2022.

“This is set to be another ambitious project for Hard Rock International, alongside ASG,” comments Todd Hricko, senior vice president and head of global hotel development at Hard Rock International. “Hard Rock Hotel Barcelona will bring the brand’s dynamic and vibrant hospitality to Barcelona’s Mediterranean Coast, injecting energy and world-class entertainment into the city’s hotel scene.” 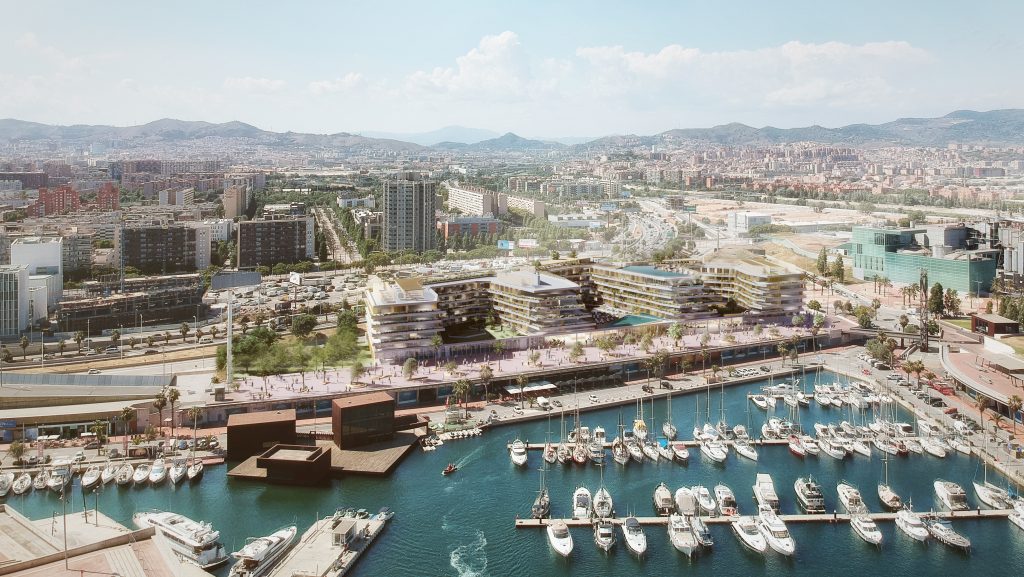 The project is owned by ASG’s fifth real estate fund and will be operated by Hard Rock Hotels. It is the fourth project in ASG’s Spanish hotel development strategy following the dramatic surge in visitor growth in Spain.

Saul Goldstein, ASG’s founder and managing partner, said: “Our agreement with Hard Rock International is an important milestone for this signature investment. It’s our second collaboration with HRI’s renowned hospitality brand following the announcement on the opening of Hard Rock Hotel Madrid. The Barcelona project amps up our hotels development strategy in Spain, which targets opportunities in major visitor destinations with a shortage of rooms.”

Hard Rock will bring a selection of its signature amenities to Barcelona, including a Body Rock® Fitness Centre and a Rock Spa® to keep the mind and body healthy, the Sound of Your Stay in-room music program, a Rock Shop® and a Hard Rock Roxity Kids’ Club™, providing entertainment for younger guests. The hotel’s seven meeting rooms and ballroom will cover 21,530 square feet of meeting and conference space to accommodate a variety of events and occasions.

Adjacent to the Fòrum beach and Marina in Sant Adrià del Besòs, with direct subway and tram access to Barcelona city centre, Hard Rock Hotel Barcelona will be near Parc del Fòrum and Parc de la Pau, a regular host of spectacular music events and festivals, some of which Hard Rock has previously organised.

Barcelona’s incredible climate, cultural heritage and easily accessible transport links have made this city one of the most visited in Europe. Filled with incredible entertainment and activities, the city is the perfect fit for Hard Rock’s next European venture.