The licensing partnership between HRI and Stewart’s Enterprises, Inc. was negotiated by Broad Street Licensing Group (BSLG), a recognized leader in international brand licensing. In February 2020, HRI announced its partnership with BSLG to further extend the world-renowned dining and entertainment brand’s consumer reach through targeted products that emphasize the brand’s core DNA that is deeply rooted in music. In addition to Hard Rock Premium Hard Seltzer, HRI and BSLG will continue to introduce a variety of new and exciting products to fans around the world throughout 2020 and beyond.

“Through our partnership with Stewart’s, we have created truly unique flavor profiles and music-inspired package designs that fans will love,” said Mark Linduski, Director of Licensing for Hard Rock International. “As we continue our efforts to grow Hard Rock’s licensing platform globally, this collaboration positions us as a premium brand within a surging category.”

“We are thrilled to be working with the licensing team at Hard Rock International and Broad Street Licensing Group to bring a premium hard seltzer to Hard Rock and Stewart’s fans alike,” said Frank Rubba, Founder and President of Stewart’s Enterprises, Inc. “We look forward to introducing Hard Rock Premium Hard Seltzer to retailers nationwide and all places where hard seltzer is currently sold.”

“The excitement around the partnership is immense,” said Peter Strahm, CEO of Stewart’s Enterprises, Inc. “The combination of an iconic brand entering a red-hot category has our team literally ready to rock.” 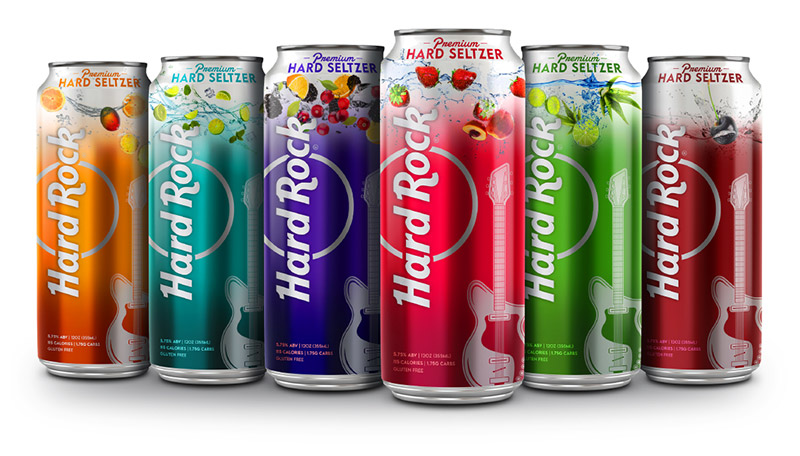 Hard Rock International (HRI) is one of the most globally recognized companies with venues in 248 locations spanning 70 countries that include owned, licensed or managed Hotels, Casinos, Rock Shops®, Cafes and Hard Rock Live concert halls.  Beginning with an Eric Clapton guitar, Hard Rock owns and showcases the world’s most valuable collection of music memorabilia at more than 83,000 pieces. In 2020, Hard Rock International was honored as one of Forbes Magazine’s Best Employers for Diversity and Top Employers for Women.  Hard Rock was recognized as one of the top performing hotel brands in J.D. Power’s 2020 North America Hotel Guest Satisfaction Study for the second consecutive year.  HRI destinations are located in the world’s greatest international gateway cities, including its two most successful flagship properties in Florida and home to the world’s first Guitar Hotel® in South Florida, where its headquarters are located. The brand is owned by HRI parent entity The Seminole Tribe of Florida. For more information on Hard Rock International visit www.hardrock.com or shop.hardrock.com.