HOLLYWOOD, Fla., Dec. 21, 2022 /PRNewswire/ — Hard Rock International, supporting the Hard Rock Heals Foundation®, the charitable arm of Hard Rock, announced that its 23rd annual PINKTOBER campaign raised over $1 million for breast cancer research. Throughout the month of October, Hard Rock® Cafes, Hotels, Casinos and Rock Shops® hosted fundraising efforts, including limited-edition menu items, specially designed merchandise, a song writing contest and more, with proceeds benefiting national and local breast cancer charities. This is the second year in a row Hard Rock surpassed its own record, making this the largest single amount Hard Rock has raised since PINKTOBER’s inception in 2000, and adding to the millions of dollars donated throughout the history of the campaign. 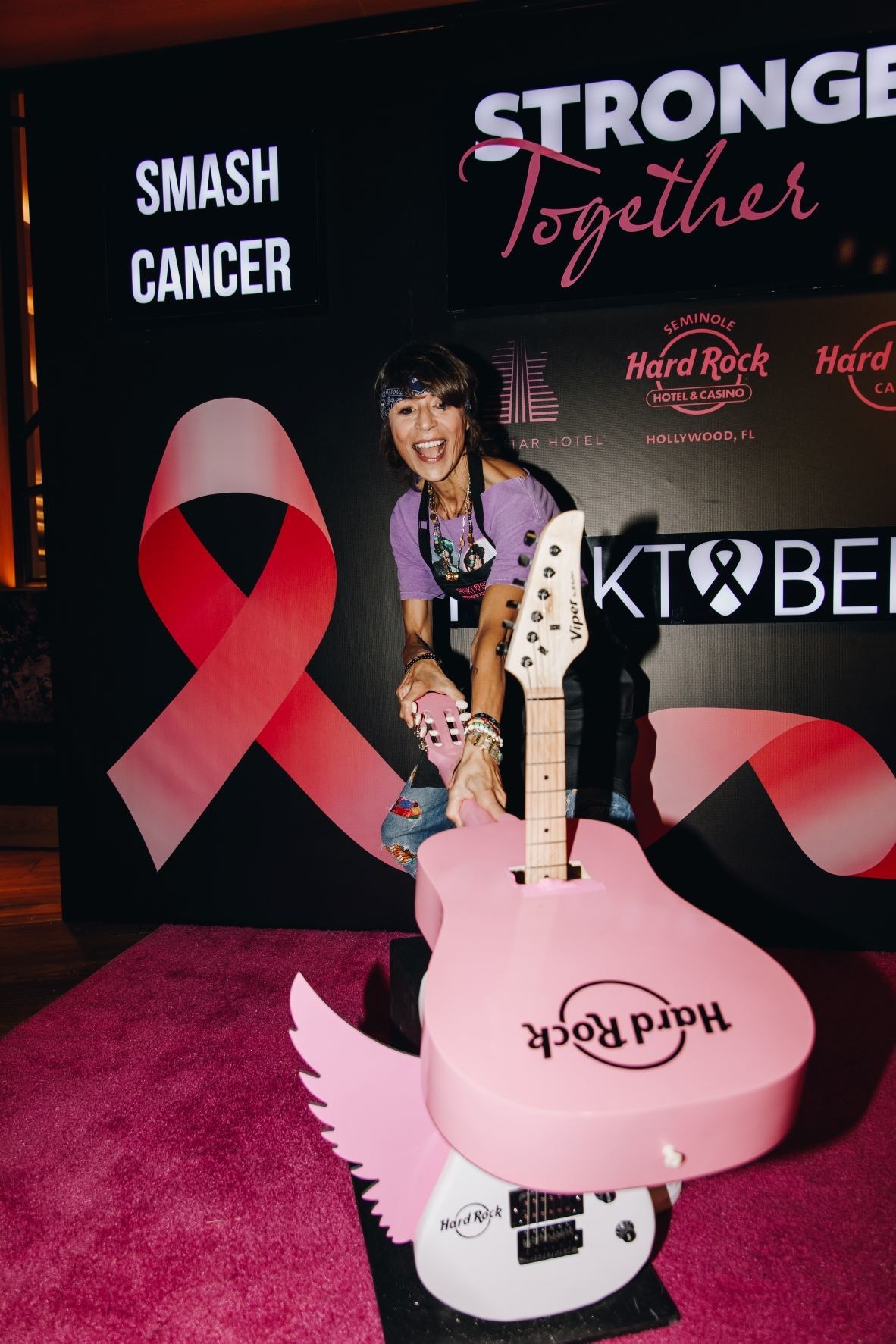 “PINKTOBER is one of the most highly anticipated and celebrated times of year at Hard Rock. Each October, our company divisions and properties around the globe truly personify our mottos of “Love All – Serve All” and “Take Time To Be Kind” by joining together to support breast cancer awareness and research,” said Jon Lucas, Chief Operating Officer of Hard Rock International. “This year, we were thrilled to amplify our team’s deep passion through partnerships with Chef Dominique Crenn and musician David Correy, who both share our PINKTOBER mission and have been personally impacted by breast cancer. We’re appreciative of their support to help raise awareness and donations for the American Cancer Society and related charities within our local communities.”

Hard Rock Hotels held a Breast Cancer Awareness Song Contest in collaboration with David Correy, an internationally-recognized recording artist who lost his mother to cancer in 2020. Together with Hard Rock, Correy encouraged fans to compose for a cause by sharing their lyrics as a vessel to honor fighters, survivors, and loved ones that have stood by their side for PINKTOBER. The grand prize winner, a stage IV metastatic breast cancer survivor, not only had her lyrics featured in David Correy’s PINKTOBER Anthem, but also received a $5,000 grand prize, a $5,000 donation to the American Cancer Society in her name and a 4-night all-inclusive Hard Rock Hotel voucher. The official “Pink October” fight song, is out now on Spotify. Hard Rock Hotels also offered guests to enjoy pink decorated rooms, specialized spa treatments, and pink co-branded Fender guitars as part of the Sound of Your Stay® program where guests could check out the guitars and make donations.

Additional information on Hard Rock International can be found by visiting www.hardrock.com. Photos from PINKTOBER can be found here.

About Hard Rock®:Hard Rock International (HRI) is one of the most globally recognized companies with venues in over 70 countries spanning 265 locations that include owned/licensed or managed Rock Shops®, Live Performance Venues and Cafes. HRI also launched a joint venture named Hard Rock Digital in 2020, an online sportsbook, retail sportsbook and internet gaming platform. Beginning with an Eric Clapton guitar, Hard Rock owns the world’s largest and most valuable collection of authentic music memorabilia at more than 86,000 pieces, which are displayed at its locations around the globe. In 2022, Hard Rock Hotels was honored as the number one brand in Outstanding Guest Satisfaction for the second year in a row among Upper Upscale Hotels in J.D. Power’s North America Hotel Guest Satisfaction Study. This designation is the fourth consecutive year the iconic brand has been among top brands in this category. HRI is the first privately-owned gaming company designated U.S. Best Managed Company by Deloitte Private and The Wall Street Journal for the second year. Hard Rock was also honored by Forbes among the World’s Best Employers, as well as Best Employers for Women, Diversity and New Grads and a Top Large Employer in the Travel & Leisure, Gaming, and Entertainment Industry. In the 2022 Global Gaming Awards, Hard Rock was named Land-Based Operator of the Year for the second time in four years. In 2021, Hard Rock Hotels & Casinos received first place ranking in the Casino Gaming Executive Satisfaction Survey conducted by Bristol Associates Inc. and Spectrum Gaming Group for six of the last seven years. Hard Rock International currently holds investment grades from primary investment rating agencies: S&P Global Ratings (BBB) and Fitch Ratings (BBB). For more information on Hard Rock International, visit www.hardrock.com or shop.hardrock.com.