Hard Rock Unveils Model for Proposed Bristol Destination: A Look into the Future

Residents Get an Opportunity to View the Features for Entertainment, Restaurants, and Music for Bristol

“We believe this proposed resort will illustrate our commitment to world class entertainment, award-winning hospitality and the future of the community of Bristol,” said James F. Allen, Chairman of Hard Rock International.

Hard Rock unveiled more details about the project which will include: seven restaurants and four bars, a 3,200 seat Hard Rock Live venue, a 20,000 people outdoor entertainment venue, a country western nightlife experience, and a Hard Rock Cafe with a stage for local and musicians and beyond. The resort will also feature a Rock Shop and retail store, Rock Spa and Body Rock fitness center, a convention and meeting space, and a country music memorabilia experience.  Hard Rock also announced that the Bristol property will include a racing experience, sport experience and interactive sports and e-sports simulator.

Hard Rock is also showcasing a sample of their vast collection of music memorabilia that will be housed at the new Bristol location.  Visitors can also see memorabilia pieces for country music legends Johnny Cash, Loretta Lynn and others, including, Garth Brooks, Taylor Swift, Carrie Underwood, Buck Owens and Hank Williams. 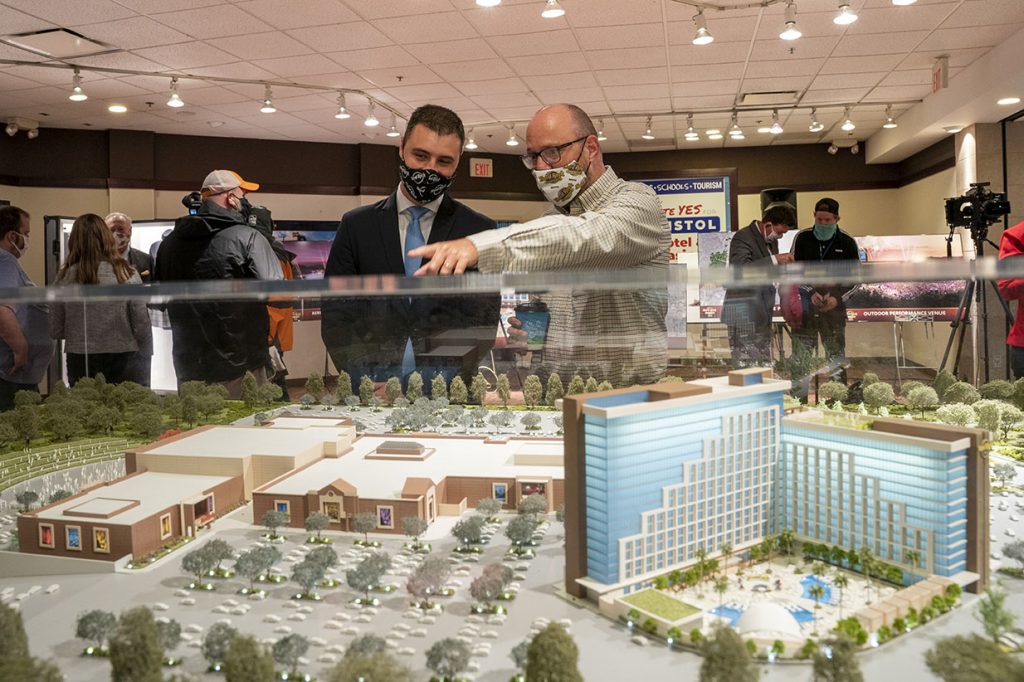 With venues in over 70 countries spanning 248 locations that include owned/licensed or managed Hotels, Casinos, Rock Shops® and Cafes – Hard Rock International (HRI) is one of the most globally recognized companies. Beginning with an Eric Clapton guitar, Hard Rock owns the world’s most valuable collection of music memorabilia at more than 83,000 pieces, which are displayed at its locations around the globe. In 2020, Hard Rock International was honored as one of Forbes Magazine’s Best Employers for Diversity and one of the world’s top-performing hotel brands in the J.D. Power’s 2020 North America Hotel Guest Satisfaction Study for the second consecutive year.  In 2019 and 2020, Hard Rock was named Forbes Magazine’s Top Employers for Women and also in 2019, one of America’s Best Large Employers.  Hard Rock destinations are located in the world’s greatest international gateway cities, including its two most successful flagship properties in Florida and home to the world’s first Guitar Hotel® in South Florida, where its headquarters are located. The brand is owned by HRI parent entity The Seminole Tribe of Florida. For more information on Hard Rock International visit www.hardrock.com or shop.hardrock.com.